"Hello everyone Andy Rahn here with this week's video summary of the Montana Land Report for August 19, 2020.

We had 32 property updates over the past week. Nine properties back on the market, which is a relative high amount. Some of those were properties that were under contract that fell out, and it appears that some of those had to do with financing. Difficult environment for financing right now apparently. The whole system is under strain, the housing market is off the charts, so everybody from appraisers to title companies to the lenders themselves are highly impacted. So apparently financing can be difficult and timelines can be extended. Also a lot of these properties are re-lists, so properties that their original listing terms were upped for relist, and apparently brokers have been having difficulty negotiating re-listings with the sellers. And I suspect this has to do with seller expectations. We have a problem with seller expectations in Montana in general, and when the market improves or the market gets hotter those expectations only tend to rise. So a lot of those back on the market properties I believe have to do with negotiations with brokers getting properties back on the market and taking some time.

In news this week, we talked about this last week as well, but the USDA released its summary of values. That's on Montana Land Source for you to look at. Pretty static values over the past couple years according to that data. Fish Wildlife and Parks is pursuing multiple land deals. They had a meeting on August 13th to discuss that. We also have announced the release of podcasts that we've been part of with RanchInvestor.com. We're we're proud and excited about this content that we're putting out as podcasts. 45-minute podcasts generally, the first three are out. A lot of local expertise, people we interview for that.

And also wildfires, we're well into the wildfire season in Montana. In fact much of Montana is under burn restrictions right now, and that data for new fires and fire perimeters is on the Montana Land Source map app. So you can view that data up-to-date, we're proud of that.

In upcoming events there's a land auction, an online land auction, for a property west of Livingston that starts later this week and runs for about a week. The Wild Mountain Ranch listed by Hayden Outdoors. We'll watch that with interest. There's also a couple seminars coming up. The seminar group out of Washington does a good job on these seminars. One is for Montana water law and the other is called Buying and Selling Ranches in Montana. I will be at that seminar. They do a good job on that every year. Max Hanson the local 1031 expert will be involved with that, so we're looking forward to that.

There is another auction coming up, a live auction in September. More details about that on Montana Land Source.

Thanks everybody for the support. That's the news for this week. Please like and share, and we will see you next week." 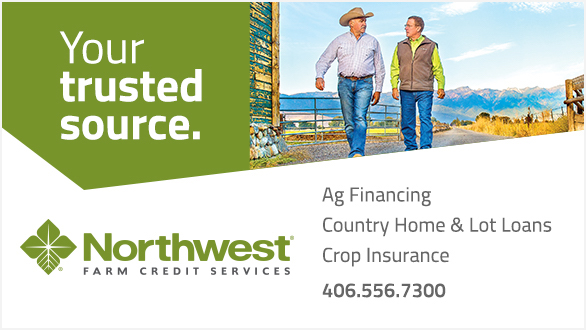