What Are My Fossil Rights Worth? 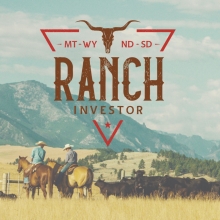 How do fossil rights influence ranch land values? In this episode, Nate Murphy shares his experiences as a dinosaur excavator and fossil preparations expert. He contracts with private landowners to locate and excavate fossils. He then prepares the fossils in his lab in Billings MT – Dino Lab – for museums worldwide.

Nate Murphy became known as the “People’s Paleontologist”  in the 1990s. He discovered the world’s largest carnivorous dinosaur in Patagonia, South America. And when he found the best-preserved fossil in the world, Leonardo, he was featured in Newsweek, NationalGeographic.com, New York Times and the 2004 Guinness Book of Record.